Should Amherst privatize its Northtown Center ice rinks complex or expand it?

The four ice rinks of Northtown Center at Amherst either lose hundreds of thousands of dollars a year, or break even.

The facility's operating costs are covered by revenue, mainly from renting out ice time to hockey teams.

But it runs a deficit of about $800,000 due to debt service payments from when the complex was built in 1998 on Maple Road near the University at Buffalo.

That has Supervisor Barry A. Weinstein raising the prospect of turning the ice rinks over to private operators, like the town has done with other public facilities during his seven-year tenure. But, he acknowledges, it won't happen this year – the final year of his last term.

"My goal is to narrow the deficit, if at all possible, by encouraging them to raise their rates and lower their expenses," he said. "If they can't do that in a reasonable amount of time it'll come down to my successor."

Meanwhile, managers of the largest ice rink complex in Western New York say the center is most efficiently run by town employees, not by a private company. And they're forging ahead with plans to add a fifth rink and a hotel at Northtown Center.

"He's doing his due diligence by exploring (privatization)," Mary-Diana Pouli, executive director of the town’s Youth & Recreation Department, said of Weinstein. "But I think in that exploration you will find that for this particular facility we're going to do it better than the private sector." 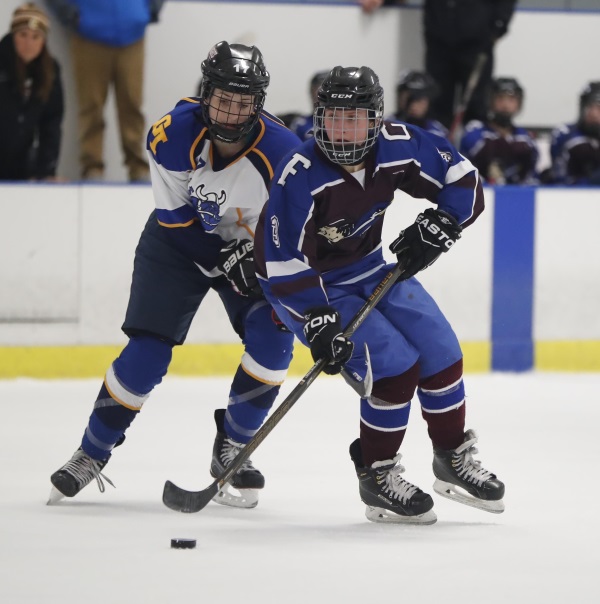 Ice rinks are a hot topic in other towns, such as Hamburg, too. As Hamburg prepares to announce the site for a proposed $25 million to $30 million public-private ice rink complex, a private group including former Buffalo Sabre Patrick Kaleta is charging ahead with its plans for a similar facility in the town that it says won't cost taxpayers a dime.

Amherst's Northtown Center last year brought in 582 hockey teams from outside Western New York and 10,616 participants for on-ice events, said Eric W. Guzdek, the general manager. That resulted in 13,690 hotel rooms nights and a $15.5 million economic impact on the region, according to the Buffalo Niagara Sports Commission.

The demand is even high enough to necessitate a fifth rink, managers say. The center's three NHL-sized rinks and Olympic-sized rink are routinely booked full during premium ice time on nights and weekends when the rental rate is $200 an hour.

The Northtown expansion was also envisioned as an arena where concerts, lectures and other sporting events like wrestling could be held. But after initial construction estimates came in too high, the design was scaled back. Gone is a proposed observation deck that would also double as a walking track. Seating was reduced from 2,000 to just under 600.

Center managers have to prove to town officials that any expansion would be "budget neutral" for the town. And once they do that, they hope work will start this year. Details should be released within the next month or two, but a fifth rink expansion is expected to cost between $9 and $10 million.

"We feel we have a workable solution that we are going to be able to fund, without additional town dollars, that meets the needs of the community," Pouli said. "Is it everything we wanted? No. But is it everything we need? Yes."

Weinstein says talk of building a fifth rink is premature, until the debt situation is resolved.

By the end of 2016, Amherst was carrying $7.6 million in debt on Northtown Center, according to town figures. Figures for 2016 are not yet available, but in 2015 the center brought in $2.55 million in revenue and spent $2 million on operating expenses. Factor in the $1.35 million in debt payments, and there's the nearly $800,000 deficit Weinstein cites.

"If they put up a fifth ice rink, you're going to have more debt service payments, which is going to increase the deficit," the supervisor said. "We've had this facility for 20 years now and we're still paying it off. I'm not sympathetic."

Meanwhile, Amherst is seeking proposals from developers for a hotel on 3 acres of land next to Northtown Center, along Amherst Manor Road. Bids are due Feb. 17. A hotel on site would help alleviate the current parking crunch – especially during tournaments – and bring in additional revenue through a land lease.

The proposed hotel would be within a few hundred feet of the existing ice rinks and an even shorter distance from the proposed expansion, which would connect to the existing complex via a covered walkway.

"The developer will own the hotel," Pouli said. "They will pay a set amount to the town every year. That money can be reinvested into this facility and this complex. It's an ongoing stream of revenue for building improvements."

A committee of employees from the town's recreation, planning, engineering, purchasing and legal departments will review the proposals and make a recommendation, she said. 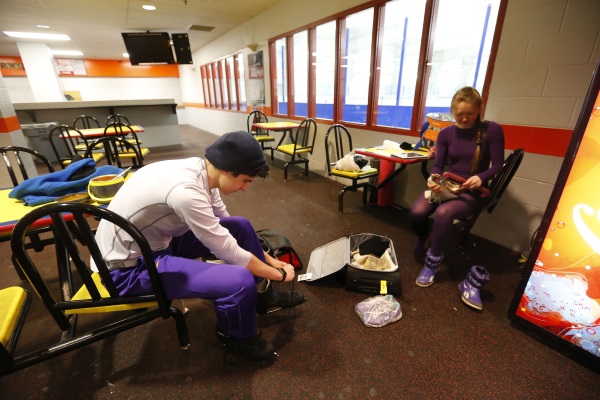 Privatization of Northtown Center was tried before, and ended in 2005 when the town took it over, Guzdek pointed out.

In the 12 years since, his staff has been successful at attracting big national and state tournaments from USA Hockey to supplement programs for the local community, Guzdek said. He believes Northtown is at the vanguard of ice rinks nationally, from the advanced type of ice resurfacing machines it uses to its accessibility for sled hockey players.

"I want to be the pinnacle, and I want everybody to look at us for what we're doing – from training to technology, to being all-inclusive of disabled athletes to adult athletes who are here in the bar league at night," Guzdek said.

Pouli said debt shouldn't be factored into whether the center is efficiently run or not. Other municipal buildings don't cover their debt service with operating revenue and it's unfair to single out one, she said.

"There are two schools of thought about how you figure [debt] in your overall financial picture," she said. "If you look operationally, we're covering our costs here. There's no question. If you add in the debt service, we're not."

The complex should be thought of more as a recreation amenity that adds to quality of life in the town and contributes to the region's economy, said Councilwoman Ramona D. Popowich, a Democrat, who is opposed to privatizing Northtown Center.

"I believe Youth and Rec has done a remarkable job in providing this service for the town," she said. "The Town of Amherst is known for its services and this is just one more. You have to see all the young people over there ... We went over there during the holidays and the place was packed."

The town does have a recent history of privatizing other services, including in 2012 when its composting facility was sold.

"We now collect $100,000 in revenue with little or no expense," the supervisor said late last month during his State of the Town address. "The ice facility could be the next privatization area."

The town also handed over operation of three municipal golf courses in 2015 to a local company. Pouli said that arrangement has worked well, but doesn't think a similar setup would benefit the Northtown Center.

"We would love to have 100 percent of our ice sold 100 percent of the time," she said. "It's not going to happen. But we're always looking for new ideas and new ways to bring people in the door."